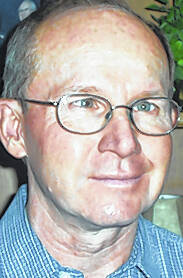 When is good news not necessarily good news? The number of bankruptcy filings has dropped significantly in the United States. This seems like good news. But is it?

Sounds like good news, doesn’t it? Although there was a decrease in corporate filings, the dramatic decrease was recorded in bankruptcy filings by individuals. So your average American must have been wiser and more careful with their finances than in the past. In 2021, they must have been better able to live on their income and avoid unpaid debts that would lead to bankruptcy.

So, despite COVID, bankruptcy filings in the United States have declined by almost fifty percent over the past two years. Instead of, despite COVID, perhaps the dramatic decrease is due to COVID, or, more specifically, the government’s response to the pandemic. CNBC’s report gave three ways the government has helped keep the number of bankruptcies low. These were lender forbearance, low interest rates and, probably most importantly, direct government payments.

Forbearance of the lender. Several government programs have been enacted during the pandemic to delay payments to creditors. There was a moratorium on tenant evictions. Landlords could not evict tenants solely for non-payment of rent, or charge interest or late payment penalties. Rent is still due, but there are also rental assistance programs.

There was also forbearance in the pause in student loan repayments. This includes a suspension of loan repayments, payment of interest at 0% and a halt in the collection of delinquent loans. The average student now owes about $30,000 in student loans when they graduate from college. It does not eliminate the debt, it only suspends it, which has been extended until May 1, 2022.

Low interest rates. Persistently low interest rates orchestrated by the Federal Reserve have limited payments to borrowers. Lower payments kept borrowers from taking on more debt. But with prices soaring, the Fed has signaled interest rates will rise this year in hopes of curbing inflation.

Direct government payments. The most obvious were the stimulus checks most Americans received in April 2020, January 2021, and March 2021. These checks put thousands more dollars in the pockets of American families. Then there were changes to the child tax credit that increased it by $1,000 per child and issued payments during the year. There was also the Paycheck Protection Program which sent nearly a trillion dollars to businesses during the pandemic.

All the money sent to taxpayers and businesses due to the pandemic has likely helped many people avoid bankruptcy over the past couple of years. But the money provided was money the US government didn’t have, while running a deficit of more than $2 trillion over the two years and a total US debt of nearly $30 trillion. .

But there is also another problem. It seems like a lot of people have gotten used to getting extra money from the government. But what if that extra money no longer comes

in? Interest rates are rising, so the cost of borrowing will go up. Rent will be due, house payments will need to be paid, and these student loans are still outstanding, although many hope these loans will be forgiven.

But, among many in Washington, there is no desire for more COVID financial assistance. Economists know that all the money pumped into the economy has helped cause the inflation we face today, and more will only make it worse. So where will that leave anyone who has grown accustomed to these extra government freebies? Hopefully it’s not on the way to bankruptcy court.

Mac McPhail, raised in Sampson County, lives in Clinton. McPhail’s new book, “Wandering Thoughts from a Wondering Mind,” a collection of his favorite chronicles, is available for purchase at the Sampson Independent office, online at Amazon, or by contacting McPhail at [email protected]