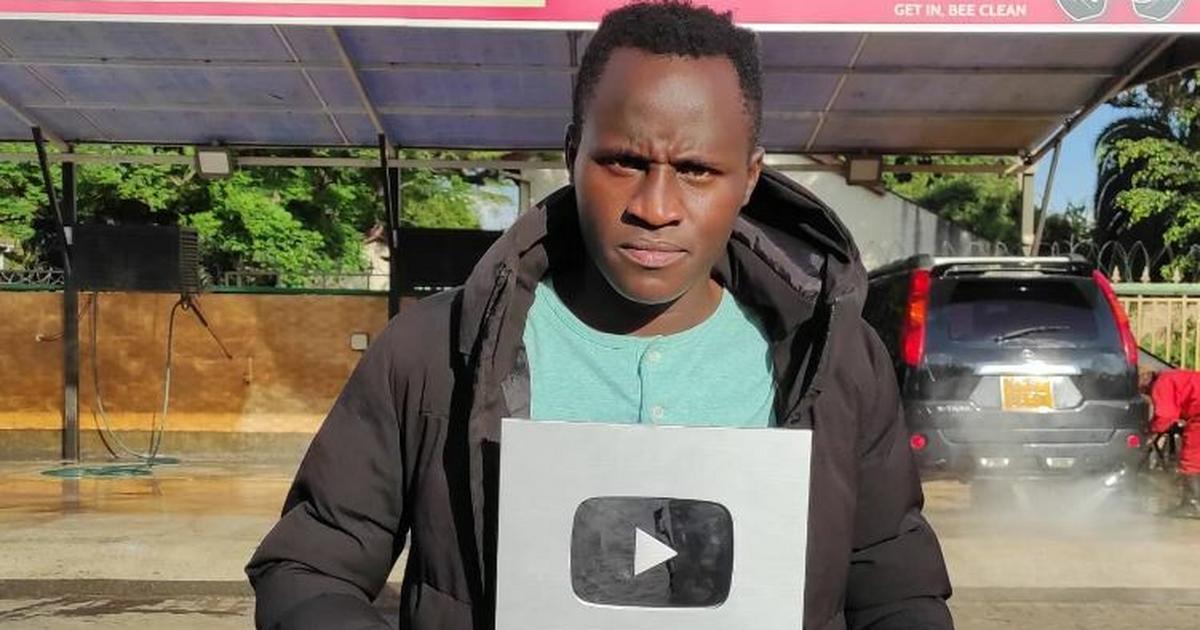 Kioko revealed that his video featuring comedian Onsongo blew him up adding that he included news anchor Lulu Hassan in the video.

“The young comedian was coming to Nairobi for interviews and I told presenter Ali that I wanted another type of interview with him, so I asked Lulu Hassan if I could allow him to say hello, which we have done. At first the video didn’t play well after downloading, but after an hour the video started playing well and I saw what I hadn’t seen in my life. » Kioko told.

After making the video at Royal Media Studios with Lulu and uploading it, Kioko said the reaction was massive, noting that the video changed his whole game, taking him from 9,300 subscribers on YouTube to 100,000 subscribers in three weeks.

He said the arrival of the pandemic saw all the media house interns sent home with the promise of having them back as soon as things normalized, which he said did not materialize. nowadays.

The content creator clarified that he was not fired from the station as he was not yet employed.

“I’ve never worked in my whole life, I was an intern at Citizen TV, that’s something people don’t know. When Corona took hold, the editor told us that all interns had to go home and we had to be called back when things had normalized, but to this day things have never normalized,” said Kioko sarcastically.

When asked if he would join the media house if given the chance, Kioko said he would like to join the entity as a radio presenter.