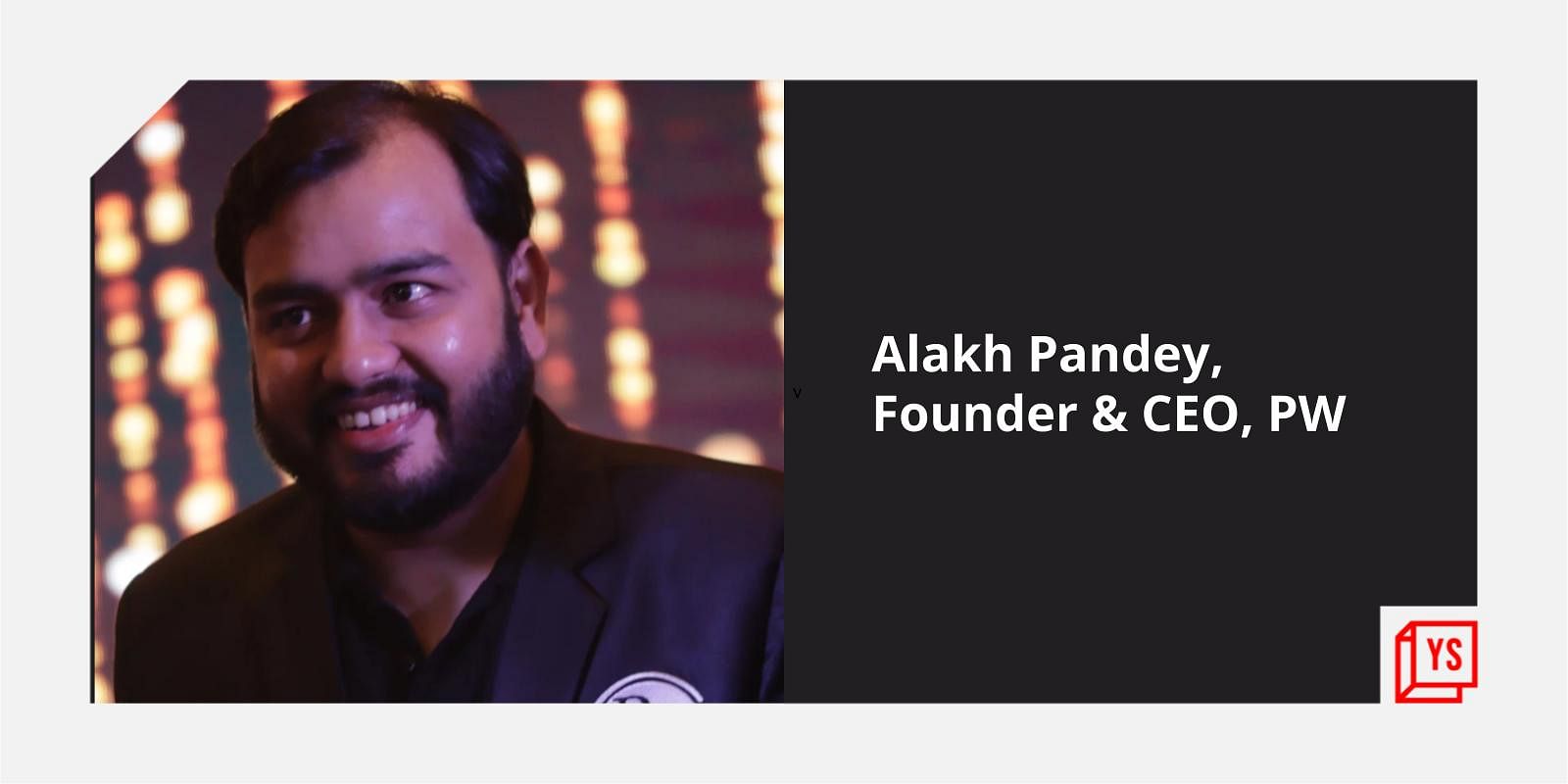 Alakh Pandei loved to learn when he was a child, but his modest background did not allow him to realize his dream – an IIT diploma.

Born and raised in Allahabad, the young lad went on to study Mechanical Engineering at Harcourt Butler Technical University in Kanpur. But, aware that his family had sold his house to finance his studies, Alakh was keen to do his part and used to teach JEE/NEET courses at offline coaching centers while obtaining his degree.

Aware of the many issues students face and keen to make a difference, in 2016 Alakh launched a YouTube channel offering free physics and chemistry lessons for JEE/NEET exams.

In 2019, he was joined by Prateek MaheshwariCEO of Pen Pencil, an edtech SaaS service provider.

“After a few meetings, I realized that Prateek and I shared great synergies and asked him to become a co-founder,” says Alakh.

Prateek was the technician who helped Alakh launch the PW app in May 2020. There were so many downloads that the app crashed on the first day; there were three lakh downloads in seven days.

Today, PhysicsWallah is a family of over six million students and 1,500 employees, dedicated to providing quality educational content at affordable prices. He’s launched an app, holds online and offline classes, and is considering unicorn status.

Alakh says his dad was skeptical when he told him about his plans to start a channel as his mom was supporting him wholeheartedly.

PhysicsWallah was born as a YouTube channel in 2016 with an investment of around Rs 30,000. With a camera phone, a tripod, a whiteboard and some books, Alakh set about making videos.

The channel garnered a subscriber base of 10,000 in the first year.

He began by lecturing on topics in physics and chemistry (except inorganic). However, he realized that he alone would not be able to provide a full program for competitions, give assignments and administer tests.

Despite these issues, his channel surpassed 50,000 subscribers in 2017 and he decided to launch an app that would provide a comprehensive syllabus for JEE/NEET exams.

“It took us about two and a half years to actually launch the platform, and Prateek, who came up with a really good technology idea and the business model, helped us launch our Android version, PW, in May 2020. “

The proprietary PW application was developed by the in-house tech team under the supervision of Prateek, using React Native Tech Stack.

“It is a very student-friendly app. More than 5.5 lakh students consume 90 minutes of educational content every day. The overall rating of the app on Google Play Store is 4.8. Also, the PW app is probably the only one with the largest live online course,” says Prateek.

The Starter Course structure for NEET and JEE aspirants is divided into two categories – Live Classes and Scheduled Recorded Lectures. These are further subdivided into free (on YouTube) and paid (on the app) bundles.

“The biggest series we are currently releasing for free on YouTube is Manzil 2.0 (Free online bundle for JEE preparation with application study materials). We recently launched our Neev, Udaan, Arjuna and Lakshya bundles on app, targeting students in grades 9, 10, 11 and 12 respectively,” adds Alakh.

Alakh has invested around Rs 15 lakh in the development of the app, generated by advertising revenue from his YouTube channel.

In June 2020, the duo registered the company as Physics Wallah Private Limited.

Alakh says COVID-19 has acted as a catalyst for adoption.

“Our students were eager to continue their preparation for the competitions. With all offline centers locked and no solution for online studies at affordable prices, we decided to launch the app soon,” he says.

When PW launched its first course, Lakshya (Physics for JEE), at an affordable price of just Rs 999, it received a massive response from students across India.

Around 70,000 students enrolled in the six-month course and helped PW generate massive revenue. In 2021, the PW app had 2.1 million signups.

Apart from YouTube and the app, the edtech startup also runs 20 offline centers known as PW Pathshala in 18 cities. This arm was launched in October 2021 with an initial investment of around Rs 2 crore. These centers charge Rs 30,000 to Rs 35,000 for one-year JEE or NEET courses.

Currently, they have 400 staff across all centers and hosted 6,500 students in the last academic year.

However, Alakh says the main focus is on e-commerce – the app.

“As we want our courses to be affordable for our students, online is the only way. Offline centers include operational costs. And we want to make education more affordable.

Without disclosing revenue figures, the founder claims that the app generates 95% of the business.

“We are a team of young brainstormers, divided into different departments. We have 300 people in academia, 75 in technology, 700 in operations, 250 in marketing and consulting, and the rest in human resources and miscellaneous,” says Alakh.

The USP and the market

The edtech startup aims to make quality education accessible to all students at an affordable price.

Alakh says, “Money should not be a challenge for students who aspire to achieve their dreams. We build technology for students. PW is not a business, but an emotion. Anything that harms this, even a business idea, we stop immediately. We are very, very sensitive to the feelings of the students.

Edtech startups like Vedantu, BYJU’S, and Unacademy are competing in the same space. But PW stands out for its price, offering premium courses at Rs 1,000 to Rs 4,500 per year.

Alakh believes the startup is well positioned to benefit from demand.

PhysicsWallah is in late-stage talks with a few influential investors to raise funds.

“We are in talks to raise $100 million with Westbridge, GSV Ventures and a few other investors. PhysicsWallah will be valued at close to $1 billion and if all goes well the deal is closed. [expected] will be announced in a few weeks,” says Alakh.

The founder said the startup plans to expand into categories like K-10 and open several more PW Pathshalas across India.

“By the end of this year, we plan to offer several more courses in Bengali, Marathi, Telugu, Tamil, Gujarati, Odia, Malayalam and Punjabi to extend our reach to every corner of the country,” says Alakh.