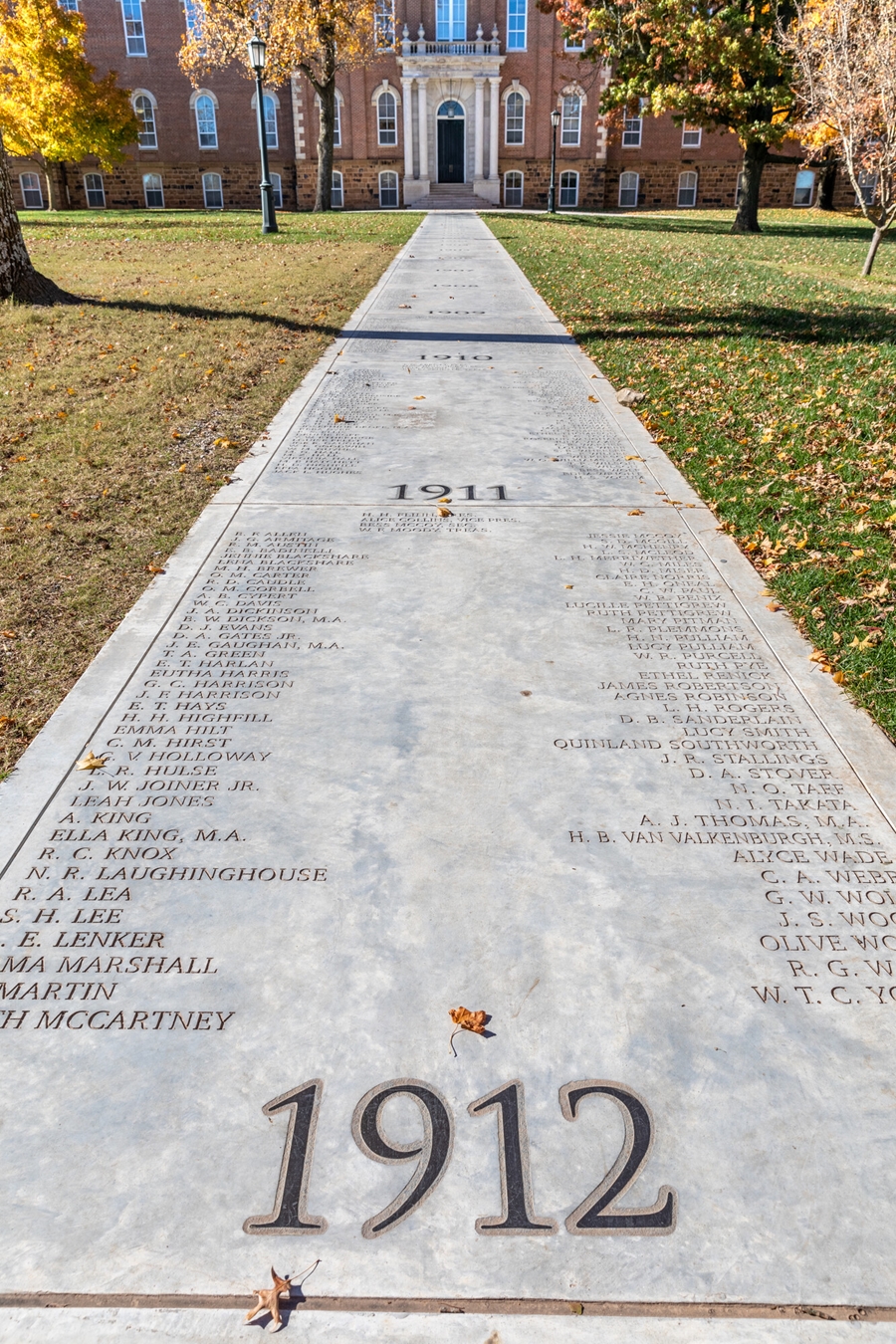 The recently released documentary, If this march could speakon the unique history and importance of the Walk of Elders tradition at the U of A, is now available for free on YouTube.

The film shares personal reflections, many drawn from historical documents, yearbooks and film clips, about the U of A from students, faculty, staff, alumni and campus leaders over the past 150 years.

Produced and directed by Emmy Award-winning documentary filmmaker Larry Foley, President of the School of Journalism and Strategic Media, If this march could speak took over a year to collect interviews and sift through 150 years of historical accounts to provide a sampling of some of the personal stories and memorable events in the university’s history.

Foley, Acting Chancellor Charles Robinson and Vice Chancellor for Advancement Mark Power helped pitch the film at a Feb. 10 premiere at the Faulkner Performing Arts Center. Their comments and the film itself are available for free on the university’s YouTube channel.

Foley, a journalism graduate from the U of A in 1976, worked with University Relations to develop the film. Alumni John Cooper and Ben Goodwin, Ashley Acord and Brian Petty provided most of the production, videography and editing for the documentary.

For more information on the university’s sesquicentennial events, visit 150.uark.edu.

About the University of Arkansas: As Arkansas’ flagship institution, the U of A offers an internationally competitive education in more than 200 academic programs. Founded in 1871, the U of A contributes more than $2.2 billion to the Arkansas economy through teaching new knowledge and skills, entrepreneurship and employment development, discovery through research and creative activity while providing training in professional disciplines. The Carnegie Foundation ranks the U of A among the top 3% of colleges and universities in the United States with the highest level of research activity. US News and World Report ranks the U of A among the top public universities in the nation. Learn how the U of A is working to build a better world at Arkansas Research News.