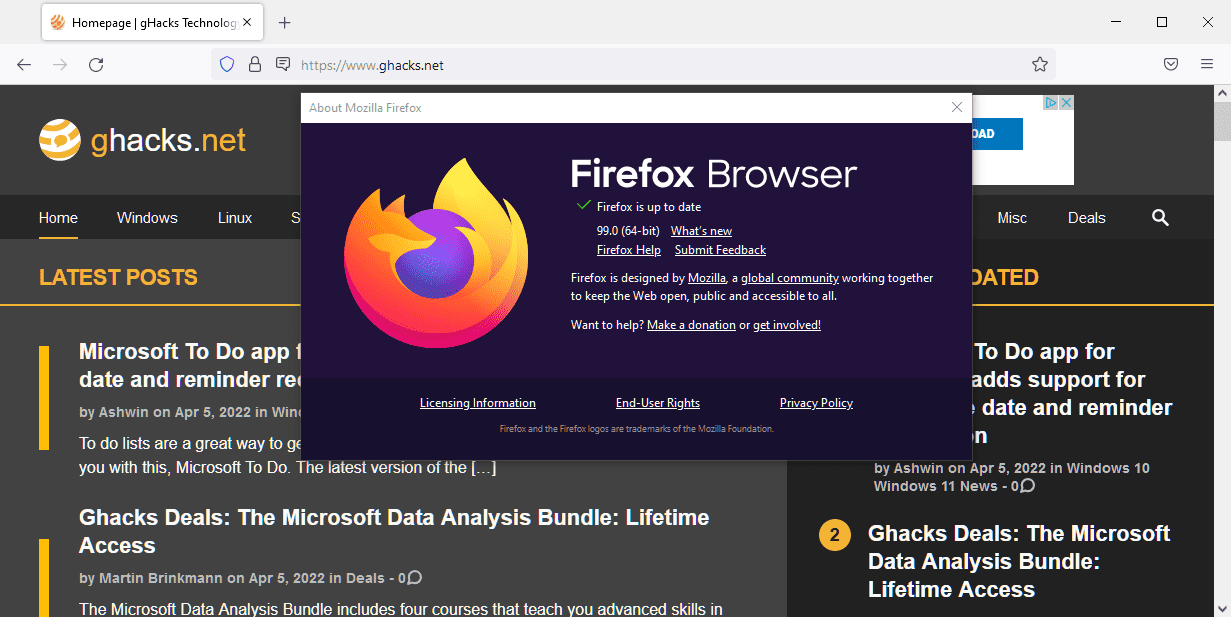 Mozilla released Firefox 99.0 Stable, Firefox 91.8.0 ESR, and Firefox 99.0 for Android on April 5, 2022 to the public. The new release includes security fixes, sandbox hardening on Linux devices, and support for autofill and credit card data capture in Germany and France.

All development channels are also updated. Firefox Beta and Developer editions are upgraded to version 100.0 and Firefox Nightly is moved to version 101.

Here are the links to the official download repositories.

New features and improvements in Firefox 99.0

Firefox on Linux includes an improved sandbox. The change limits the access of exposed processes to web content so that they no longer have access to the X Window System (X11).

Gallery mode in the Zoom web client is accessible in Firefox, but video may not always work with “gallery mode chat rooms”. The problem can be solved by leaving the room and re-entering it.

Security updates are revealed after the official release of the web browser. You find the information published here after release.

Firefox 99 is the last major double-digit version of the browser. The next release is Firefox 100, which will be released on May 3, 2022 according to schedule. Some site functionality may break, for example, when sites parse the Firefox user agent string incorrectly. System administrators can use the network.http.useragent.forceVersion preference to keep the version in the user agent below 100.