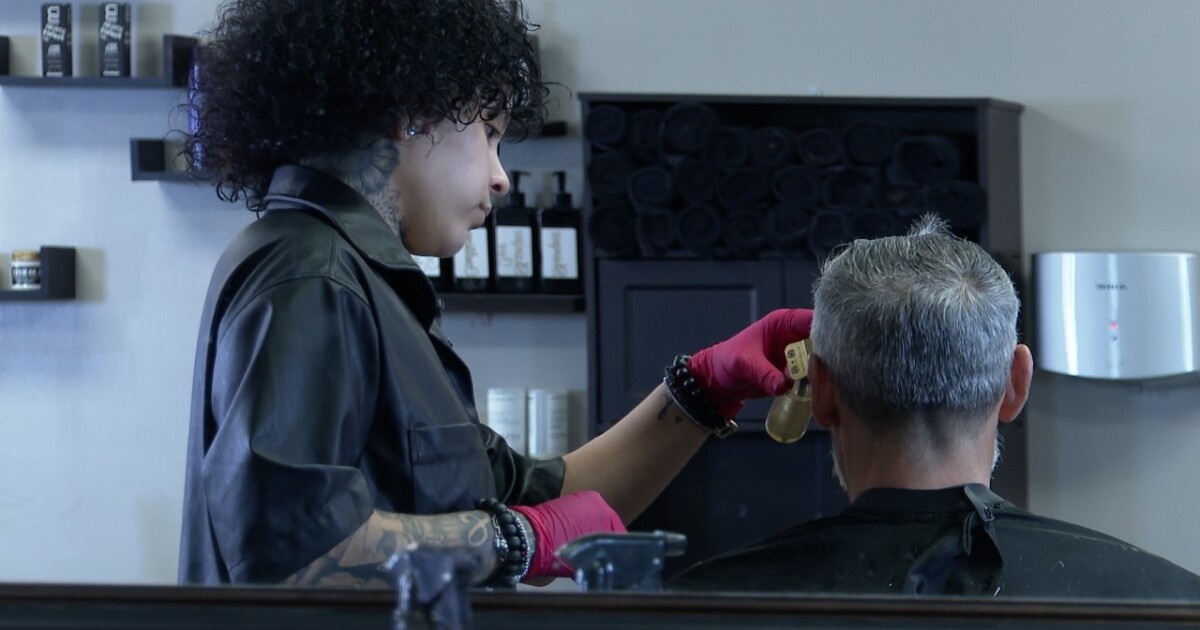 She is a talented member of the community whose ability to empathize with others has spread throughout the region and beyond.

“I got into barbering when I was 15. I went to Erie One Boces. It’s a trade school for high school kids,” said master barber and content creator Loriel Escalera. “Since then, I’ve stuck with it.”

Now, at 22, Loriel Escalera aka “Loriel da Barb-her“, has made his mark in the barber industry by cutting new techniques via social networks.

I just wanted to try an experiment and just try it out and see what I can do. I know I can inspire a lot of people on social media and stuff like that so taking it out of my comfort zone and doing something for somebody else for free and just recording it actually motivated a lot of people and myself,” the Amherst Native shared.

“Loriel da Barb-her” explained that she plans to continue the good deed once the weather becomes bearable in Western New York.

Clients like Scott Pagliaccio of King Cuts Barber in North Tonawanda said he admired Loriel’s “selflessness” and said it was creating a ripple effect in the western New York community. The two have known each other since the start of the pandemic.

Her heart is wide open and beautiful and very considerate of others,” Scott Pagliaccio said, “She guides me in how she presents herself in life. She puts herself forward, which is a source of inspiration for me. I’m also an entrepreneur and just starting out, so every time I see her show up and play really, really hard, it inspires me to want to do well.”

She credits her calm demeanor and empathy to her upbringing, but said it wasn’t the easiest thing growing up in a religious environment, especially as a member of the LGBTQ+ community.

She added that being a female barber also comes with its own set of challenges.

“It was the biggest downfall I can say that has happened in my barber career. You lose faith, you lose a lot of hope for yourself knowing that a man could judge you on your looks, your appearance or whatever that might be. This world is very hypocritical and so going through this as a teenager was a bit difficult. It was a big setback but it also made me the person I am today. where i can put my foot down tell people to have self esteem be who you are and tell people to have self esteem because its very hard to be a woman in the barber industry,” she said.

Using social media sites like Instagram and TikTok, however, has allowed the talented hairstylist to build trust with her current and future clients.

“Knowing that they believe in me and see where I’m coming from. Social media is also another thing that builds who I am. It’s like a brand for me. People see my work on social media I actually build trust by putting myself out there,” Escalera said.

She hopes anyone wishing to follow in her footsteps will keep this in mind:

“Believe in yourself, don’t worry about what other people have to say. It’s your world. Don’t let anything get too personal. .

When asked who her inspiration was, she said fellow barber, Victor Fontanez who goes by “Vic Blends“.

I always said VicBlends. He is a person who is my age. He is 22 years old. He is a master barber. He’s in the hip-hop industry. He does a lot of motivational speaking and that’s where I see myself potentially, Loriel said.

In late spring, the “Loriel da Barb-her” of Western New York will pack her bags and her razors and head out to the Midwest.

“I’m moving to Chicago and fulfilling my dream of becoming a full-time content creator,” she shared.