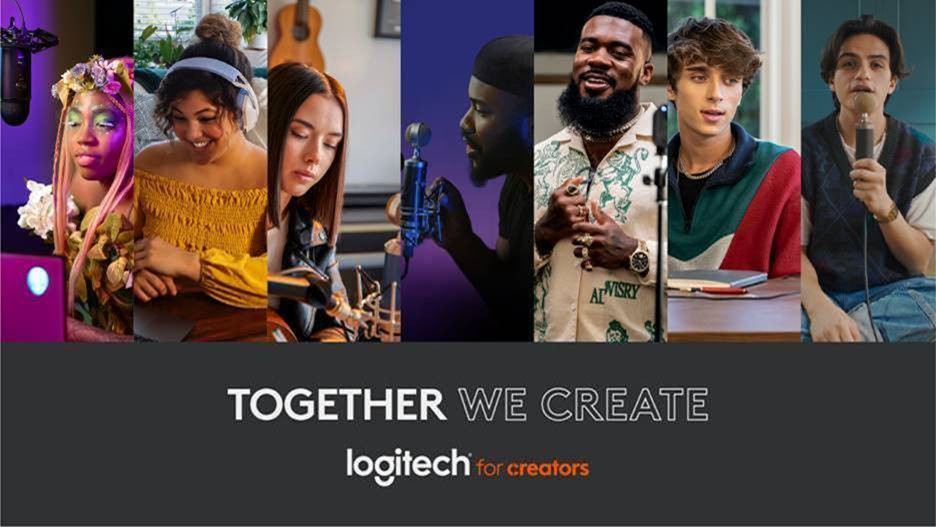 Creating is better when done together, says Logitech for Creators in a new campaign designed to raise awareness of the brand within the powerful creator community.

Logitech for Creators has launched “Together we create,” a new campaign that promotes the brand’s ethos of diversity, inclusivity and community while simultaneously seeking to establish itself as a center of empowerment within the growing community digital creators. The campaign kicks off today with a new video spot featuring seven well-known members of this community.

Logitech for Creators aims to speak to a group that includes anyone who creates and shares content – ​​which can be music, comedy, makeup tutorials, podcasts – through social platforms. With its tech savvy, charisma, creative passion and massive online following, this community is naturally a key target for any tech brand looking to capture the attention of young consumers.

“What we’re doing with Logitech for Creators really puts creators at the center of everything we do,” said Erin Chin, Chief Marketing Officer, Logitech for Creators. “It’s really built on three core values: celebrating creators, fostering the creator community, and partnering with creators to create the change we want to see. ‘Together We Create’ is essentially our commitment to putting creators at the heart of everything we do by providing the products and solutions that help them create better, but also by creating this community that elevates all creators.It’s very inclusive to welcome all creators, whether they are beginners or literally expert people with millions and millions of subscribers. It’s really about embracing the wide range of creators and then partnering with [that] community…to create that more diverse and inclusive future.

According to Chin, many brands have come to rely on creators – also commonly referred to as “influencers” – but Logitech for Creators stands out in its efforts to position itself as a partner to the creative community; a brand that not only asks what creators can do for it, but also what it can do for creators.

“A lot of brands rely on [creators] as influencers to tell a specific story they want to tell,” says Chin. “But our approach, and what makes it different, is that we see them as partners. We’re telling a story that we’ve crafted together…and we’re working in tandem to try to create the community that we want to build together.

“Together We Create” is positioned as an extension of the brand’s “Defy Logic” campaign, which also made headlines earlier this year with an ad that debuted a song by Lizzo. The new campaign’s “anthem” video spot emphasizes the values ​​of diversity, inclusion and community support. Logitech for Creators will further embody these values ​​with the creation of what it calls the “Creator Society”, described as “an invitation-only global community of creators who will collaborate with Logitech For Creators as the voice of the brand’s creators.” . The brand says its creative “ambassadors” will become advocates for positive growth within the wider creative community, sparking a conversation that touches on everything from gear idiosyncrasies to the value of prioritizing quality. Mental Health.

The new campaign begins today with the release of the new video spot, which is being rolled out globally across multiple channels. Logitech says the campaign will continue later this month with its second annual “Song Breaker Awards,” which will be hosted by YouTube sensation Bretman Rock.

For more, sign up for The Drum’s daily US newsletter here.

Corporate Pride campaigns are back. But defenders want more than a ‘rainbow…