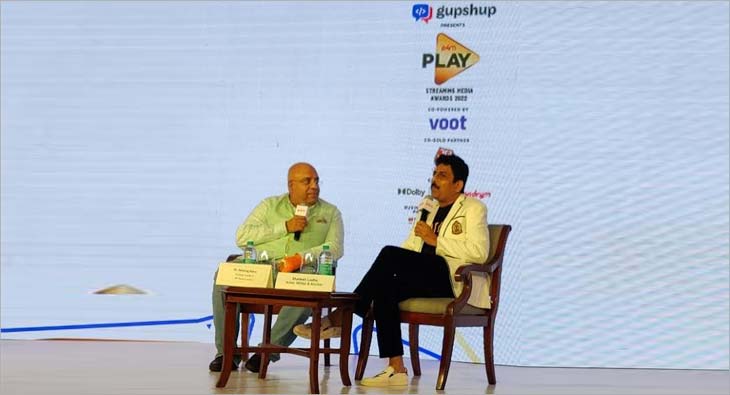 OTT content needs to be embedded in our society: Shailesh Lodha

If OTT content is entrenched in our society, more and more people will connect to streaming platforms, said poet and actor Shailesh Lodha at the e4m Streaming Summit 2022 on Wednesday.

the Tarak Mehta actor engaged in a conversation with the founder and president of the exchange4media group, Dr Annurag Batra.

Lodha urged content creators to produce web series that can be watched as a family.

“If content is entrenched in Indian society, more and more Indians will join OTT platforms. The content must be such that it can be viewed with the family.

Lodha dismissed suggestions that the TV medium would cease to exist with the rise of OTT and other digital formats. “When television arrived, people speculated that print would cease to exist. That didn’t happen. Newspapers, especially those in the vernacular, grew exponentially. Television will continue to be there.

Asked what would happen to the advertising industry if television declined, Lodha remarked, “Advertisers are very creative. They will find innovative ways to advertise.