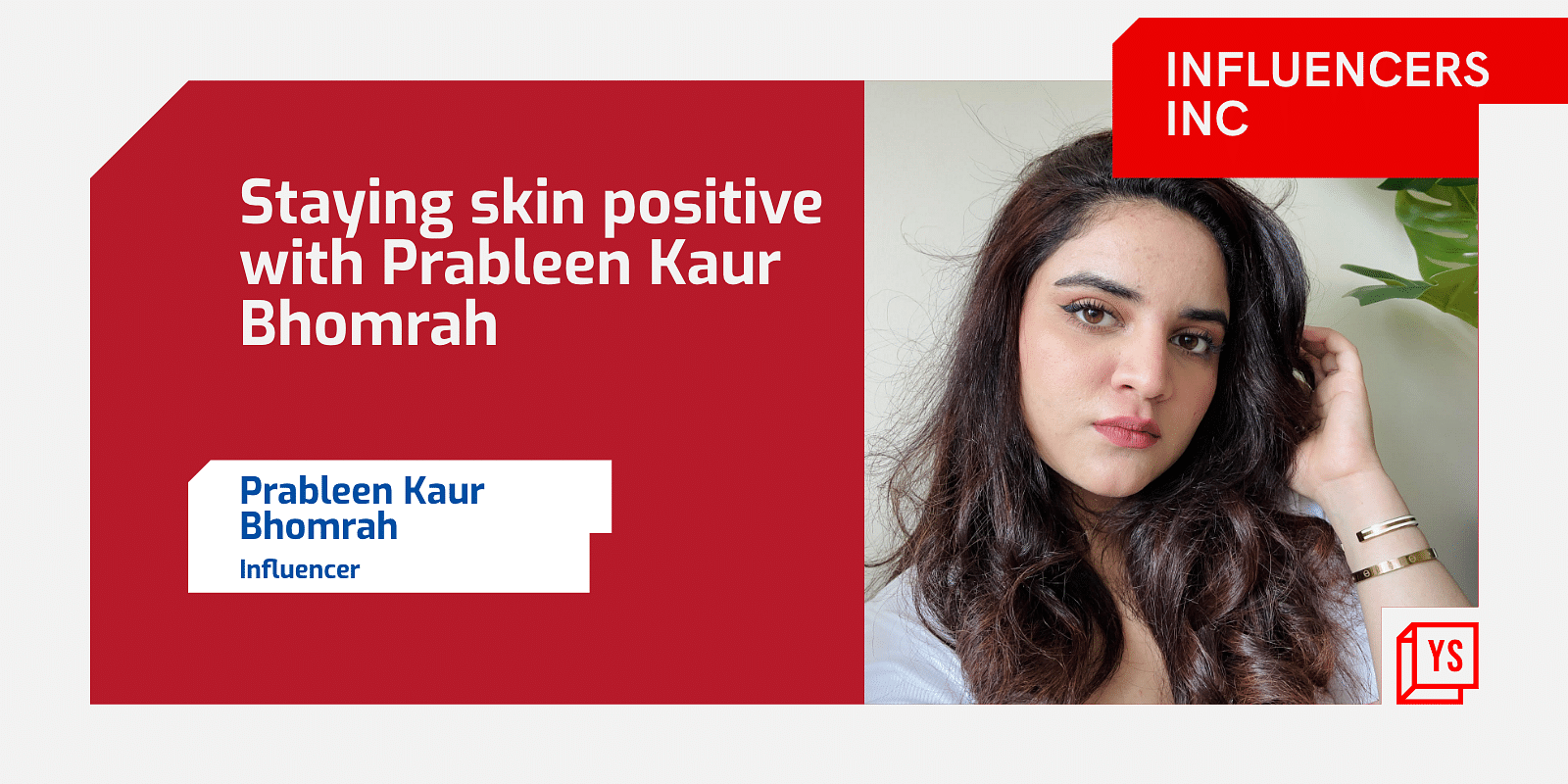 Prableen Kaur Bhomrah on being a skin and body positive influencer

Speaking about her journey of becoming aware of the importance of skin positivity, Prableen says it started during her teenage years when she had to deal with a lot of acne. Then she was diagnosed with PCOS (Polycystic Ovary Syndrome) which resulted in her receiving a lot of mean comments and criticism on social media due to her appearance and visible acne on her skin.

Eventually, she realized she had to be real with her audience.

“When you meet someone in person, you want to meet the real person and that’s what I wanted to be on camera,” she says.

She posted her first photo with the hashtag – #nofilterwithpkb, which went viral and many people started identifying with her. This particular campaign has helped her build a strong community on the internet.

“Beauty is confidence for me, which I gained after embracing my true self,” says Prableen.

In terms of scheduling, she shares that she doesn’t have a fixed content schedule. She says her ideas flow randomly, depending on her mood and what she wants to talk about at that particular moment. However, she adds that she likes to keep a balance between skin/body positivity, makeup, and fashion, as her content is a mix of all of these.

Her moment in the sun came when one of her followers sent her a screenshot of a Google search around “skin-positive influencers around the world,” which included Prableen.

“That’s when I realized people were actually consuming my content and feeling motivated and inspired,” she shares.

Asked about the branding and monetization aspect of content creation, Prableen says it’s been pretty easy for her, adding, “I’ve been lucky enough to work with many brands.”

Finally, Prableen shares that in the future, she intends to take the skin and body positive movement globally. Apart from that, she also dreams of one day creating her own brand.

Everything you need to know about Netflix advertising plans