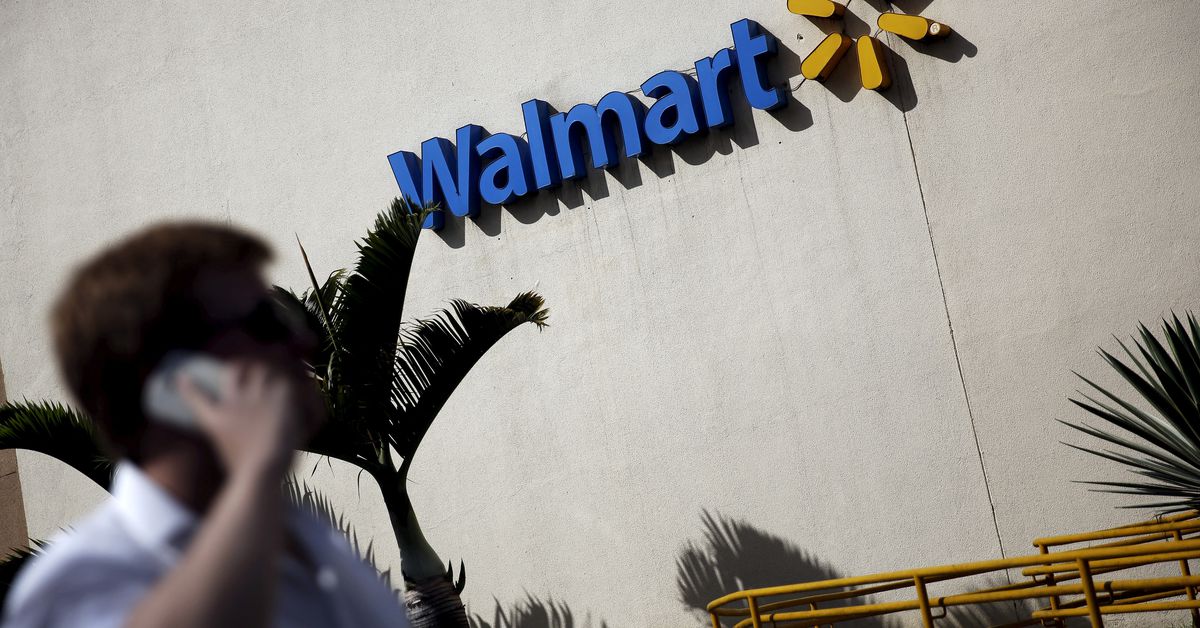 A man talks on his mobile phone outside a Walmart store in Sao Paulo, Brazil, February 16, 2016. REUTERS/Nacho Doce/File Photo

NEW YORK, Aug 18 (Reuters) – Walmart (WMT.N) may launch a platform that will use social media influencers to help the retailer and its 100,000 third-party sellers promote their products and services online, filings show. brands.

Walmart filed trademarks for “Walmart Creator” and “Walmart Creator Collective,” which would provide social media advice and “promotion of the goods and services of others through influencers,” according to the July 27 documents. viewed by Reuters.

Walmart is currently working with influencers to promote its groceries and apparel, as well as its Walmart+ loyalty program. Influencers often have large followings on Instagram, YouTube and TikTok and recommend products by posting affiliate links. They earn a commission when a customer uses the link to make a purchase.

Influencer marketing is expected to become a $16.4 billion industry in 2022, according to media company Influencer Marketing Hub. Rivals Shopify (SHOP.TO) and Amazon.com (AMZN.O) each have their own social media influencer services.

Businesses file trademarks for many reasons, and filings don’t always lead to a business launching a new product or service.

Growing its e-commerce business, including its Walmart Plus delivery and subscription service, has been a priority for Walmart, with plans to launch new services for sellers, the company said in its call for fourth quarter results in February. Walmart currently has nearly 240 million items online by the end of 2022 and said Tuesday its second-quarter U.S. online sales jumped 12% from last year.

Walmart’s global advertising business, made up of Walmart Connect and ads from its India-based e-commerce company Flipkart, grew nearly 30% year-over-year. The company said on its earnings call on Tuesday that the number of active advertisers has increased 121% since last year.

Since 2017, Amazon has offered social media influencers the ability to create their own online pages for certain recommended products sold on Amazon.com’s marketplace. Influencers earn commissions for each product purchased on their page.

Matt Gilbert, chief executive of commerce partnership software company Partnerize, said Walmart wants to capitalize on moves by advertisers to spend more of their budget on “the creator economy.”

Many influencers depend on Walmart for their income through “affiliate dollars,” said Danielle Wiley, chief executive of influencer marketing agency Sway Group. “Any way the company can make this easier for influencers and make it easier to create content will benefit both parties.”

Arriana McLymore reports on the business of law, including the diversity of the profession, business practices, legal education and the career cycles of lawyers.