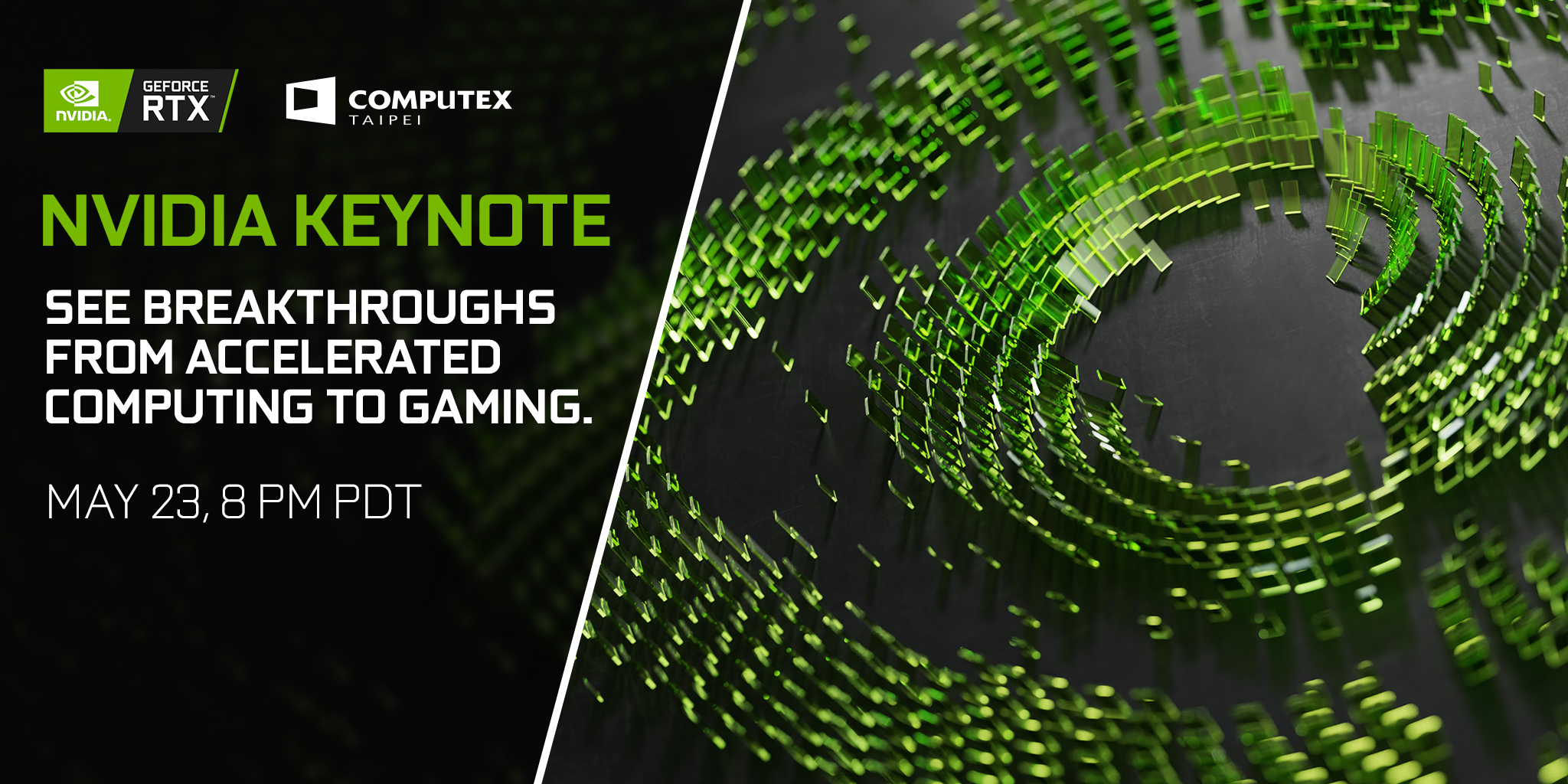 We are less than a day away from the official announcement from NVIDIA Computex Conference 2022 where the company plans to make several announcements in the gaming and business segment. Connect with us to watch all these announcements live here.

The NVIDIA Computex 2022 keynote will go live a few hours after AMD’s keynote which takes place on the same day but at 2:00 PM PDT. NVIDIA’s keynote will take place between 8:00 PM and 9:00 PM PDT. The company has announced 6 representatives who will be attending the event, including:

AI on the NVIDIA Accelerated Computing Platform is revolutionizing everything from games to data centers to robotics. NVIDIA will showcase how AI powers the enterprise data center and the latest products and technologies for gamers and creators.

Join us on May 23 at COMPUTEX for our NVIDIA Keynote and discover how accelerated computing is revolutionizing:

Now, NVIDIA is not sharing any information regarding the event itself, but they have promised to showcase the latest products and technologies for gamers and creators. This is a very interesting quote from NVIDIA since the company has just completed its top-to-bottom Ampere line. The green team is expected to launch its Ada Lovelace “GeForce RTX 40” series graphics cards later in the second half of 2022, so it will be a bit early for the company to introduce its next-gen GPUs in the gaming segment and workstations. NVIDIA also hasn’t historically featured its gaming GPUs in roadmaps like AMD does, but that may change.

What we might expect is a range of new software technologies such as an updated RTX and DLSS combo to tackle AMD’s FidelityFX Super Resolution 2.0 as well as a range of driver features specific to content creators. That said, it’s great to see NVIDIA and AMD being present at the Computex 2022 event.

A catalyst for development and economic growth

YouTube TV diversifies its range by adding channels in Spanish