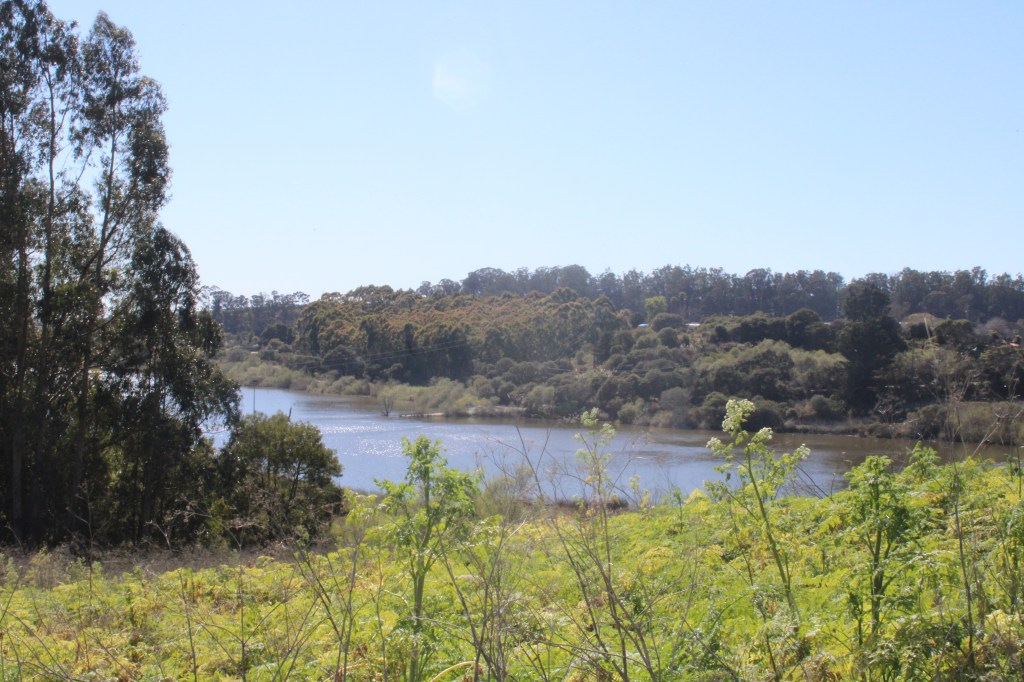 WATSONVILLE — While many south county farm leaders are advocating for extending a measure that would limit farmland development, Watsonville native Stephen Rocha is doing the exact opposite.

Rocha is working with DeBernardo Realty to envision and then announce the conversion of his family’s 150 acres off Airport Boulevard, formerly known as Rocha Dairies, into a multi-use complex that could provide many public benefits.

“The timing of Measure U was just a coincidence,” said Rocha business adviser Jim McBurney, adding that the duo had been considering revamping the property for the advancement of a growing community for some time. – the one that the residents of Aptos hope to adopt. refugees from countries like Mexico and even Ukraine.

Rocha is divesting itself from entities in its industry, such as the Santa Cruz Farm Bureau and Watsonville Wetlands Watch, which want to continue Measure U. Measure U, adopted in 2002 and which will expire this year unless favored by voters at the stands of November bans construction on much of the agricultural land in the Pajaro Valley.

Rocha and city officials may be on the same page, as staff found in a recent report that Measure U and its optional 18-year extension would set back Watsonville’s housing development and economic growth with its urban boundary line.

The development would provide affordable housing for seniors on 50 acres, market-priced units for interested individuals and families on 30 acres, a waterfront park on Harkins Slough at 15 acres, a light industrial park and a retail center on 50 acres, another road to and from Pajaro Valley High School and a water bottling operation on 5 acres.

“It’s better than city water,” Rocha said, wiping his mouth after drinking the cold, clean ranch water straight from the tap outside his house and offering this reporter the opportunity to do the same – an offer that was accepted. “When it rains, fresh water collects in the quagmire…the ranch is never dry.”

On an unusually hot day in mid-March, Rocha, McBurney and the Sentinel toured the ranch, driving down its main, worn, dirt road. They pointed, squinting in the sunlight, to where each item would go. Together, they would provide open space, increases in city jobs and taxes, meeting half of the city’s regional housing needs allocation requirement, and improved traffic safety and efficiency through new continuous access to Harkins Slough Road, Rocha and McBurney envision.

“A tractor could easily level that ground so that it was level for (building the house),” Rocha said.

Uneven plots are not the only repairs that would be needed for multi-use development. Where Harkins Slough Road parallels a property owned by fellow farmer, High Ground Organics, the road is overgrown with greenery that has crossed the sidewalk itself. A chained door with graffiti road signs keeps vagrants out until the situation is rectified.

Additionally, while the ranch has no conflict with current Watsonville Airport security zones, portions of it would need to be rezoned to accommodate uses such as housing or retail.

Finally, the team will face an obstacle in the form of a 22-year Memorandum of Understanding linked to the city’s Local Coastal Plan which maximizes the protection of agricultural land. Involving the city, Santa Cruz County and the California Coastal Commission, the memorandum can only be changed if all parties agree. Currently, Rocha Ranch is in Zone G, the area west of Highway 1 that remains undevelopable.

Rocha told stories of his childhood, stories that go through more than man but his environment that recalls memory. Just outside Rocha’s house, which once housed Rocha Dairies employees, are the dilapidated remains of a creamery and cow barn – facilities that have been unused for 25 years while just yards from there, a series of rotating farmers grew bright red strawberries. Even during the possible development of the ranch, a substantial acreage would remain for strawberries and other crops so that they too would not become a fiction of the past.

These stories will be reused in an infomercial to be posted on a Rocha Ranch website next month. The website, McBurney explained, is meant to entice buyers to buy and run the project and residents to weigh their reactions. The website will not be a sales listing but a forum for locals to be asked about their feelings about the notion and to contribute to fundraising efforts to bring the resort to life if they wish.

Rocha is ready to sell the land his father left him, which has evolved through family ownership over the past 100 years, if that’s what the public wants, the publicity plan notes say.

The associated parties expressed reservations. The Watsonville City Council referred McBurney to city staff when he was asked to ride alongside the Sentinel and Rocha’s own sister Judy discussed staying at her house closer to the ranch entrance instead. than to get into the concept, according to communications from McBurney. . Still, the development team thinks it might work.

“We believe the time is right for Watsonville to expand westward,” McBurney wrote in an email to Mayor Ari Parker.

Although Pajaro Valley High School didn’t exist when Rocha was a student, it signifies how much the jurisdiction keeps expanding. The plans he and McBurney discussed would mean safe expansion, something he showed he was clearly passionate about when he spoke at length about how aggravating and aggressive the main campus road can get when picking up and returning.

“Opening the road would completely solve the problem,” Rocha said, pointing to cars parked along the road, their passenger sides sticking out on the asphalt.

Commuters know that next to Harkins Slough Road, Airport Boulevard tops the chart for over-traffic intersections, McBurney said. That’s why the vision includes a parking lot near where the ranch acreage meets the highway. Adding another route for regulars would completely reduce traffic congestion, he argued.

“Nothing is set in stone,” McBurney said in a pre-tour email, talking about the six public benefits thrown into the mix. “Financially, this project would be very lucrative for the city by forcing the developers to pay for it all with only the annexation of the city and the rezoning of the mixed-use project.”